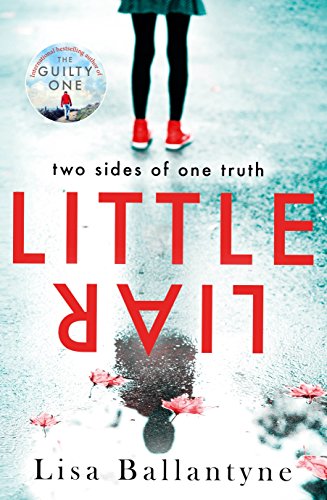 While Nick Dean is enjoying an evening at home with his family, he is blissfully unaware that one of his pupils has just placed an allegation of abuse against him – and that Nick’s imminent arrest will see the start of everything he knows and loves disintegrating around him.

Because, mud sticks, right? No matter if you’re innocent or guilty?

When Angela Furness decides that enough is enough – she hates her parents, hates her friends and, most of all, despises what has recently happened at school – she does the only thing she knows will get her attention: calls the police. But Angela is unaware that the shocking story she is about to tell will see her life begin to topple.

Because, once you’ve said what you’ve said, there’s no way back, right? No matter if you’re innocent or guilty?

When twelve-year-old Angela gets into a fight at school and the other girl comes off worse, Angela is suspended from school. With her parents recently divorced, Angela blames everything on her mother, Donna. With issues of her own, Donna isn’t the most natural mother in the world: when Angela tells her she hates her, Donna tells her daughter she hates her too – charming! After an unsuccessful suicide attempt Angela opens up to her mother that she ‘just wants him to stop’, and points the finger at her drama teacher.

With her drama teacher, Nick Dean, being a minor acting celebrity, this contemporary storyline is both heart-breaking and thought-provoking. It’s not just Nick’s own life that is affected by the accusation, but his whole family. His wife might believe his side of the story, but can she still stand by him when investigations dig up more dirt on him?

With an overall omniscient third-person narrative, the novel is structured around limited third-person chapters for the main characters. This is very much an ‘are they/aren’t they’ guilty story but I will leave you guessing as to who the Little Liar is. It might not be who you expect it to be!

Under Literature Love’s rating scheme this book has been awarded 4 out of 5 stars.

4 stars means: I really enjoyed this book. This book is highly recommended.

A well-structured narrative with three-dimensional characters (not necessarily likeable). Plot is intriguing with twisty hooks.

Thank you to Little Brown publishing for providing an Advance Review Copy of this book.

I'm Callie and a bookaholic. I love reading psychological thrillers and women's contemporary fiction. I'm currently in the third year of an English Literature degree with the Open University, and now this is coming to an end I am excited to be starting a new career as a novelist myself. I've set up literaturelove.co.uk not only to share my reviews for all the great books I get to read in my job as a book blogger, but also to share some of my own short stories as well as my journey as a new writer. So grab yourself a coffee and come and join me in my love of all things literature. Callie x View all posts by Literature Love